George was born in Baltimore, MD on November 28, 1924 to Clara and George Oliver, Sr. Graduated from Baltimore Polytechnic in 1943 and soon after volunteered with the U.S. Navy to serve his country during WWII. Served aboard the carrier “USS Langley” and later “USS Signet”, a mine sweeper with active duty in the south pacific including Iwo Jima and Okinawa. After an honorable discharge, he met and married the love of his life, Doris Hailey in 1948 and started his family. He stayed true to his commitment to Doris and was by her side until her final day on June 9, 2013.

After the war he was employed in the engineering department of Esso, Chevron and Texaco. In 1949 he worked as a deep sea diver during construction of the Chesapeake Bay Bridge, then later was self employed as Oliver Marine Construction then Chesapeake Builders. In April, 1966 he moved his family to Ocean City as owner of English Apartments and later the Green Gables and Rambler Motels, The Gables Bar and Mama’s Kitchen. Over the years he was employed locally by George Bert Cropper, Omar Todd and John Whaley as a construction engineer. He was always very active in his community including Vice Commander and Finance officer of American Legion post 166, active member and now lifetime member of Ocean City Volunteer Fire Department. In 1968 was appointed Night Judge of Ocean City by then Governor Spiro Agnew. He finally retired at his perfect waterfront home in Cape Isle of Wight.

In lieu of flowers, a donation in his memory may be made to the Coastal Hospice, P.O. Box 1733, Salisbury, MD 21804. Letters of condolence may be sent via: www.burbagefuneralhome.com 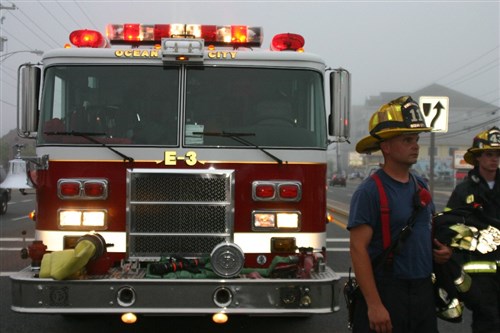