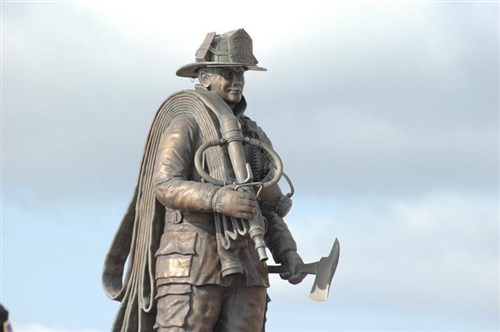 The long awaited creation of the Ocean City Firefighter Memorial is now complete.

This project was over a decade in the planning, and on the fifth anniversary of the 11 September terrorist attacks, it was finally dedicated. To see the memorial take shape and begin to have a life of its own was truly a monumental experience and also a proud accomplishment in the history of your local volunteer fire company.

For those of you who are not familiar with the undertaking, allow me to present a brief history. The idea for a monument honoring Ocean City firefighters was born in the mid 1990s. During the initial planning stages, places to construct the project were minimal. Those that were available turned out to be less than desirable; mostly because of visibility and accessibility concerns. Additionally, the projected costs were more than the fire company wished to incur alone. Because of these and other perceived barriers, the project was abandoned. Thankfully though, it was not forgotten.

Shortly after the passing of some rather prominent members early in the new millennium, donations in their memory began to arrive. Since these funds were specifically given in their memory, it seemed like the appropriate time to breathe new life into the memorial project. After countless hours of research, planning, meetings and presentations, we today find ourselves proud to have been able to present the citizens and visitors of Ocean City with a great gift.

This memorial does not only honor Ocean City Firefighters of the past, present, and future, it also recognizes firefighters from around the world, of which countless thousands visit our fine town each year. The memorial also acknowledges the losses of 11 September 2001 by memorializing the victims of the attacks and specifically the 343 firefighters from the Fire Department of the City of New York.

The memorial features a bronze firefighter, six feet in height, majestically poised on a black granite block. Five flags, United States, Maryland, Worcester County, Ocean City, and Fire Service adorn the memorial site and add vibrant colors to an already breathtaking presentation. All of this is set in a 2500 square-foot plaza of engraved brick pavers, which are still available.

This year members of the OCVFC memorial committee, have established a
more traditional ceremony built around the theme, “We Vowed Never to
Forget”, 20 th Anniversary- September 11 th Memorial Ceremony. Our event is
driven by this message. A day of remembrance for all that serve, or that
have served in public safety, and their families, and to help the public to
remember the events of September 11 th , 2001, and all that lost their life on
this date, and since, as a direct result of this tragedy. The invitation for this
event is being extended to the “Lower Eastern Shore Region”, fire
departments in Worcester County, Wicomico County, and lower Sussex
County.

The iconic twin beams of light, that first appeared on one of the early
anniversaries of September 11 th , in New York City is known worldwide, and
has been recreated at various memorial sites around the country. For the
first time here in Ocean City we will be shining our own “Remembrance
Beams of Light” into the night sky to be seen for miles away. These lights
will be in the area around the Fire Fighter Memorial at North Division
Street. A formal lighting ceremony is planned for Thursday evening,
September 9 th . These lights will illuminate the Ocean City skyline,
Thursday, Friday, and Saturday night. Fire Fighter video tributes will be
projected nightly, on a giant portable screen on the beach in direct
proximity to the memorial.

Our local chapter of the American Legion in Ocean City, has graciously
offered to provide lunch to those fire fighters participating / attending the
services on September 11 th . SEATING IS LIMITED, and an automated
RSVP is below, for any Fire Fighter attending the services in Class A
Uniform, (Requested) or uniform of the day. Otherwise a $10.00 donation
for entry with proceeds to Tunnel to Towers Foundation. 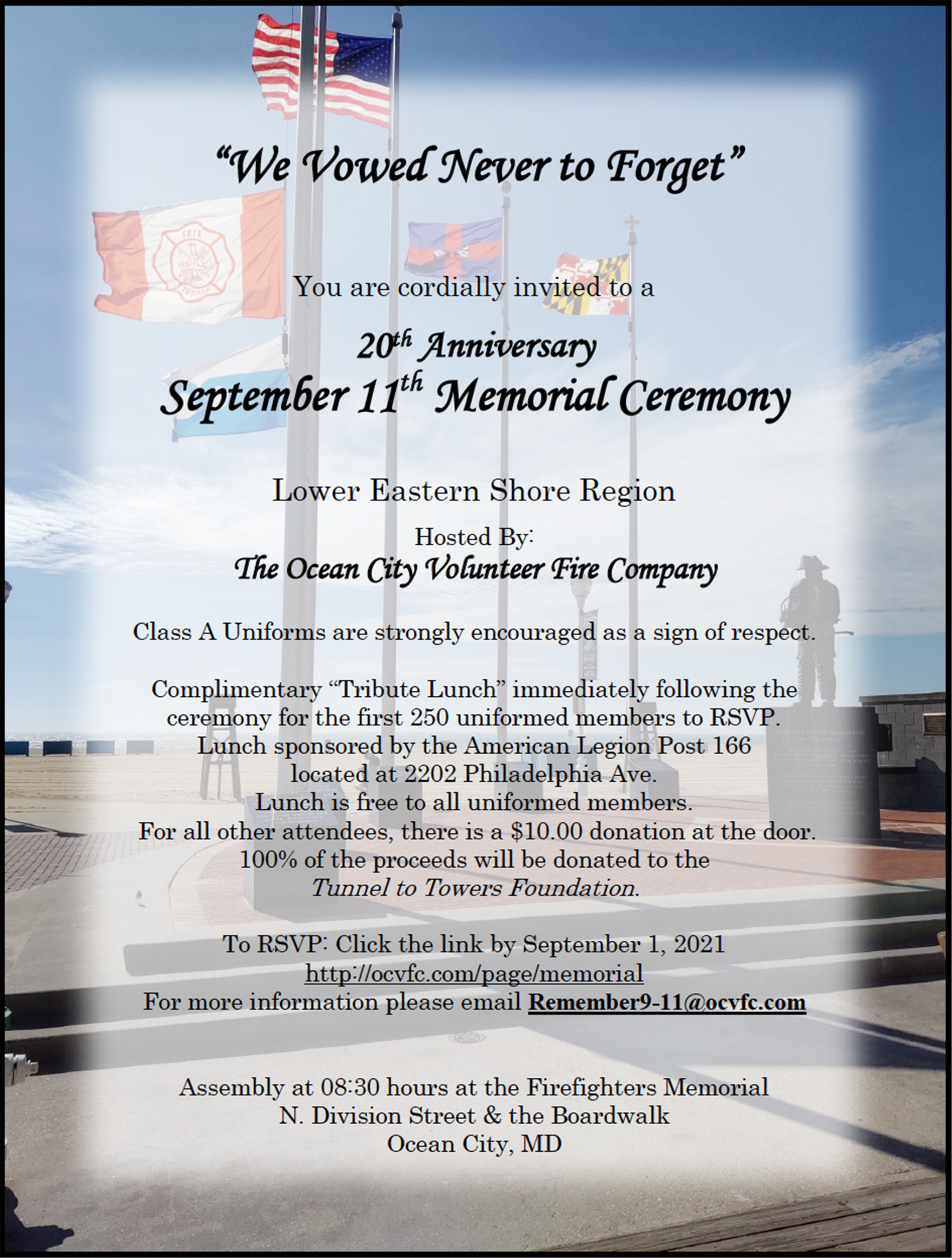 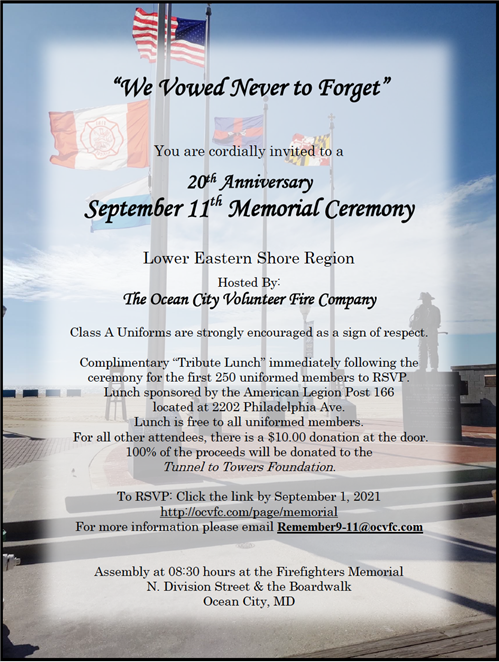 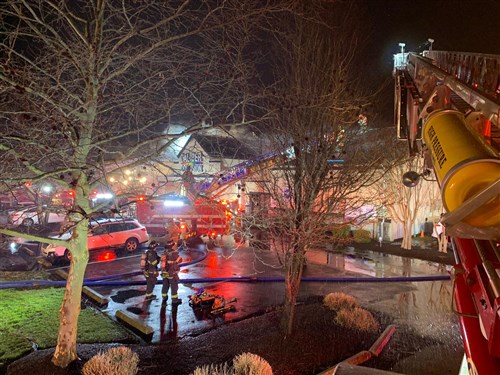